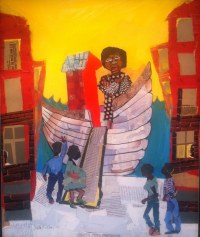 It ain’t no gospel play but God is clearly present in the concoction of this award winning work of art. My my my! ….I dare you buy two $20 tickets online now!! Consider it offering! Its the least you can give to applaud such unique talent! And Bring people too! Written by a genius, led by one of the best actors in the city/nation, and supported by a professional cast of fine, talented, black actors, Ma Noah is worth seeing twice.

I was almost embarrassed at the moments I coughed up an unexpected cackle of laughter disclosing my own personal experiences that ran parallel with the play. I also never cried so passionately during a blackout before.

Just like Chrystal Bates did tonight, I let it all hang out! The audience was pierced with the heart gripping words spoken in this play, of America’s sick indoctrination over centuries. Mark even took it back to Ancient Rome with the educational jabs. Production Manager Eric A. Smith put in work with the crew to make this masterpiece a Pittsburgh Classic. He was aided by Stage Manager David Scott and his Stage Managing Assistant LaMont Robinson.  I just nodded my head and nodded my head some more at every line spoken. Then I shook my heeaaaadddd…..and shook my head some more as I watched this passionate black mother teach her children lessons about love, life, and forgiveness.  Only a screwed up twisted, radical, revolutionary, raw, individual like Mark Clayton  Southers could have conjured up this play.

Cheryl Bates-White opened the first act in an awesome imaginative portrayal of an insecure unwed pregnant woman; Mary Pratt. Confused, hungry, and guilty she made believers out of all of us. Just watch her flawless facial expressions! I took my glasses off during that ONE scene! Girl! You got me! Now, I’m a mime so I’m all up in her grill! So proud to know her augh!

Let’s see, I first met DeVaughn Robinson as my director last year, and I’ve watched major development of this character tonight. As Larry Pratt where he owned every line and monologue the script asked of him. He had us howling at his delivery. I couldn’t help it! So, so, happily surprised. I just keep shaking my head at how he gave “whitey” a piece of his mind, time after time! Relentless! Yes!

His character brother Ham ‘Pig’ Pratt, played by Trevor Butler, had the same sentiments in a twisted way.  Speaking of twisting, the intricate physical work of Fight Choreographer, Joseph Martinez, was raw. You’ll just have to see what I mean. Oh, and excuse me for saying so, but Trevor was sure looking fly, fly, and more fly every time he walked through that door! And by his last emotional encounter with his mother, I was convinced he was a substantial multifaceted part of this perfect cast.

Now, I’m a poet… so I snap!….so WHAT ya’ll heard me backstage! Lol I couldn’t help it! I just didn’t want to be “rude” by hollering! There were times the whole audience should have been HOWLING! It’s okay Pittsburgh!!! Let it OUT!!! This was a phenomenal show!

The costumes designed by Cheryl El-Walker were so apropos. They were each apart of the storytelling!  The stage make up was so timely and subtle. The set was breathtaking the moment you walk in. This was achieved with the help of Diane Melchitzky and lighted warmly by the vision of Thurston Reyes and Light Technician, W. Roger Randolph. I saw how important the Crew Chief’s role was in the production, run by Mont Jones. Every detail of mama’s house was included along with some details that you couldn't even fathom; no matter how hard you tried to remember your own mama’s house. Awesome job rounding those details up, Properties Master, David Conley and others. It even sounded like Mama’s records if she could have it her way with the help of Mark Whitehead on Sound Design and Vendell Nasir II as Sound Technician.

Heaven came to earth when Heaven Bobo graced the stage as Francine Pratt. Now, in one of his HBO specials, Jamie Foxx described a giraffe in the most exquisite, feminine, and regal way and this was Heaven. She had me hooked immediately and kept all of our attention. Professional and accurate! She was really a stand out. Her seasoned theater experience was evident from the door.

Every time I watch Chrystal Bates on stage, the woman inside me thinks a little bigger than she did the day before. Her interpretation of Rebecca Pratt was timely, and gut wrenchingly honest. What she truly sacrificed to deliver this story on stage, no ticket can pay for adequately. Women can receive essential life lessons and personal reminders by watching this role. She put me in front of a mirror tonight which is the healing that each of us needs from true art. Thank you.

Director, Tracey Turner, must be a shrewd woman. I've never gotten to work with her but her creative choices made me drool like steaming plates does... on the fingertips of a server from alllll they way across the restaurant. I hope that moment draws nearer to me sooner than later! I can tell she keenly picked up on the wide range of capabilities of her talented cast and that kind of ear and eye is so valuable in this world of theater. She was brilliant and shrewd. Yes. Look it up…that’s the word.

Sure I know that I may sounds like I’m blowing a lot of steam and blowing these actors spots up. But whatever! You didn’t have to click on the link to read this! But you did! Perhaps because you were there tonight…perhaps because you weren't  Either way. I actually know a lot of the artists involved on a prior professional level, and I think they deserve a shout out. From me...Who am I? I'm just Hotep. Granted, I’m still green here on the theater scene in Pittsburgh, but I’m green and growing.  You may even think I should be jaded and lackluster about Pittsburgh talent.  But no. That’s not the cool thing to do anymore. I was bubbling over with words and emotions concerning my experience tonight, and I had to tell SOMEBODY my thoughts. And I told all of you! …in one hour flat. Now, if anyone feels left out in my review of this production, You gotta get in my radar! But I think I got all of you lovelies. Lol …Nobody’s paying me to review this play…I just felt inspired to tell the world. But! if you want me to come to your play, and give a heartfelt Hotep's Point of Review, let me know. I’m sure something can be arranged.  This is Hotep the Artist reporting live immediately after the show ( and after a late phone call with Artistic Associate Kim El she had to take a call so this is what I do in the mean time!). I'm typing to you on a Word Document from Pittsburgh’s North Side. Thank you for listening/reading/performing/arting/living. 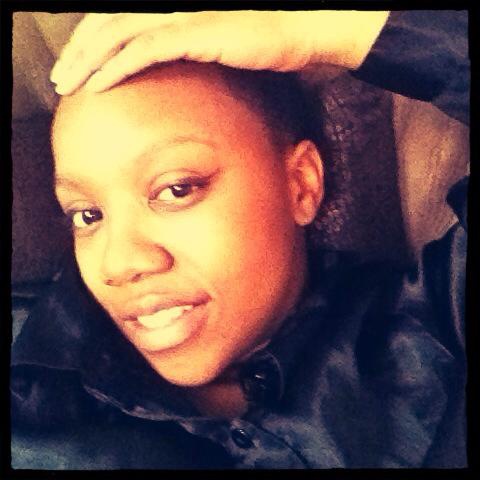 
View my LinkedIN Profile and Bio